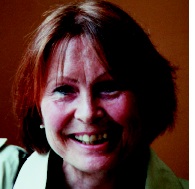 Marjukka Rautiainen from Helsinki bought herself a P.S.T. 28 at Minä Olen  multievent. She has had splendid experiences. Marjukka told us that before the purchase of the disk she had suffered, among other things, from headaches, sleeping problems, burning and itching skin, sickness, rashes and unusual fatigue.

According to her, her whole life seemed rather hopeless. But as soon as in four weeks after the installation of P.S.T. 28 the above symptoms had practically vanished into thin that her own inexplicable nervousness was gone and with it the stomach problems as well. Her physical condition has greatly improved and the mind calmed down. Even the echo in the ears has been relieved. Marjukka was very grateful to Friedrich Bauer telling him that his devices had helped her enormously.

In the course of one year, 200 P.S.T 28s have been sold to Austria, for example, and the feedback has been rewarding. Radiation cannot be totally removed nowadays but fortunately there are ways to protect ourselves against it.