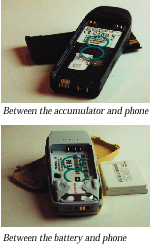 The Green 8 flake is easy to install in every mobile phone. The phone is opened by removing the cover which is usually also the accumulator. Place the flake inside and close the cover. If there is a separate battery, such as in Nokia model 3310, lift the battery out and place the flake David Furlong using Best Systems equipment and taking Nettan’s readings when using the phone (Nokia 3310), lift the battery out and place flake under it.

Replace the battery, close the cover and the protection is ready.

The package contains a Green 8 laminate plate to be placed inside the mobile phone.

Green 8 is also easy to ins-tall in wireless home telephones with the help of small stickers included in the packages. 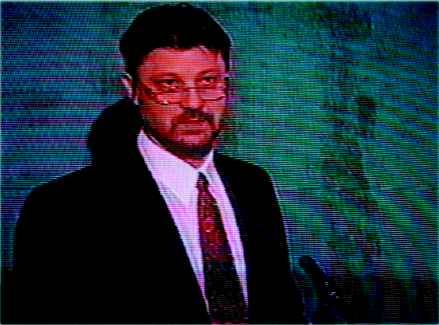 “Children should use the mobile phone only for necessary calls or in emergencies.”

The official quarters have finally admitted that the cellphone we’ve grown so attached to causes certain kinds of reactions in our bodies. The first step was taken by Professor Darius Leszczynski, researcher in Suomen Säteilyturvakeskus (the Finnish Center for Radiation Safety) in late April who told about his research work on television.

He told the large audience that according to research, radiation causes

According to Leszczynski, the cell identifies mobile phone radiation as stress and triggers a biological response The physiological meaning to the event is still unknown, but he was ready to admit that the use of the mobile phone may have biological effects on health. Leszczynski also referred to the Stewart report, published by Independent Expert Group on Mobile Phones Research Institution. The report states that as a general rule exposure to radiowave radiation below the recommendations of NRPB and ICNIRP is not hazardous to human health.

Research results also show that as a general rule the health of people living in the neighbourhood of link stations is not jeopardized. But there are also research results showing that even exposure to radiation below the recommendationsmay have biological effects.

The financial interests, however, are so great that no one dares to ascertain the

results. The terms in general rule, hazardous and may include a large number of alternatives. As a general rule may mean 51 per cent. Hazardousness is also a very vague concept that cannot be exactly defined.

they are worried about the use of the mobile phone.